David Calligaris is the winner of this year’s ABC Best Paper Award, presented by the Springer journal Analytical and Bioanalytical Chemistry. In a paper published in ABC, lead author Calligaris and his colleagues describe a novel system using mass spectrometry as an intraoperative tool. Their method opens new possibilities to detect additional tumour markers which are useful in diagnosing brain and breast tumours during surgery. The award, accompanied by 1,500 euros, was created by Springer to honour exceptional young scientists and to stimulate their research careers. The ABC Best Paper Award has been given since 2005.

Surgery remains the first line of treatment for brain tumours. To guide surgeons in maximizing the removal of tumor and minimizing the removal of functional healthy tissue, there is an increasing need to develop new techniques to do near real-time diagnosis of surgical samples. Mass spectrometry has the ability to characterize biological tissues with high sensitivity and specificity and can complement all the techniques already used in the intraoperative context, for example ultrasound or MRI. Calligaris and his team demonstrate that the droplet-based liquid microjunction surface-sampling-HPLC–ESI-MS–MS system has the capacity to differentiate normal tumour tissue in a shorter timeframe than traditional histopathology evaluation. 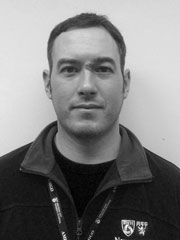 Alfredo Sanz-Medel, Editor of ABC, said: “The winning ABC article this year is an excellent example of extending the applicability of precise and sophisticated sampling instrumentation – Single Droplet Liquid Extraction-Surface Sampling, coupled to HPLC separation and MS detection – to spatially resolve and detect bigger molecules, for example proteins, in human tissue sections. The new hybrid analytical tool has been successfully validated versus more conventional imaging approaches for the rapid monitoring of two key protein (cancer biomarkers) levels in the human pituitary gland. As demonstrated in the paper, this liquid alternative to solid direct ‘ambient-desorption’ holds considerable potential to become a competitive tool for surgical decision making – in other words, for cancer-affected tissue detection from tissue biopsy samples, directly in the operating environment."

Springer is part of Springer Nature, one of the world’s leading global research, educational and professional publishers, home to an array of respected and trusted brands providing quality content through a range of innovative products and services. Springer Nature is the world’s largest academic book publisher and numbers almost 13,000 staff in over 50 countries. www.springernature.com