Every year, during the Frankfurt Book Fair, a country is awarded the prized title of Frankfurt Book Fair Guest of Honour (GoH), but what exactly does said accolade entail? The GoH will be the central focus at the international book exhibition which takes place in the aptly named Guest of Honour Pavilion. This year, Frankfurt Book Fair welcomes Norway as GoH. The exhibition “Books on Norway” in the Guest of Honour Pavilion gives visitors and fellow exhibitors the chance to peruse a vast array of diverse literature and, subsequently, get better acquainted with this year’s honoured country. Publishers from countries all over the globe –excluding Norway itself, of course- will contribute their most recent publications pertaining to Norway and its culture, language, politics, history and society. Springer Nature is going to contribute six of its recent titles to the “Books on Norway” exhibition.

If you are planning to attend Frankfurt Book Fair, make sure to stop by the Guest of Honour Pavilion and see what’s on show: 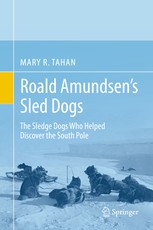 The book provides a thorough account of Roald Amundsen’s strategic use of sledge dogs to take the lead, and ultimately, win the race to the South Pole - enshrining him as one of the key figures of the Heroic Age of Antarctic Exploration. It’s the first book to also follow, name, and identify the individual sledge dogs themselves that were involved in this mammoth Journey of discovery 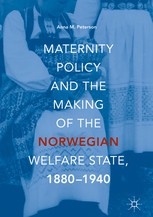 Maternity Policy and the Making of the Norwegian Welfare State, 1880-1940

In her book, Anna Peterson delves into previously untouched regional and national archives to unveil the significant influence that women, from various walks of life, had on Norwegian maternity legislation from the late 19th to the mid-20th century. She explores the impact these women had on the development of the Scandinavian welfare state, and also examines the relationship between subsequent social policies and gender equality. 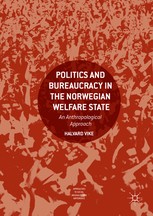 Politics and Bureaucracy in the Norwegian Welfare State: An Anthropological Approach

This book also focuses on explaining the emergence of the Scandinavian welfare state. It does so differently, however, though unprecedented, intimate anthropological and historical studies; contrary to previous literature, Vike conducts local ethnographic work on municipal assemblies, local bureaucracies, political parties and voluntary organisations 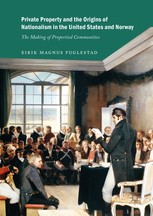 Private Property and the Origins of Nationalism in the United States and Norway: The Making of Propertied Communities

Starting way back then, when the United States and Norway were still agrarian states, Fuglestad traces national political movements and industrial transformation in both countries from 1760 through 1880. The book is driven by the notion that ubiquitous individual landownership became central to the concept of national popular sovereignty. 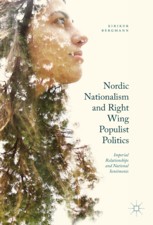 Extreme politics and nationalism are on the rise everywhere, and in the Nordic countries are no different. Bergman, takes a closer look at the somewhat scarcely researched topic of Nordic nationalism, and compiles a comparative study across Denmark, Finland, Iceland, Norway and Sweden, and provides interdisciplinary insight into Scandinavian nationalism and its development. 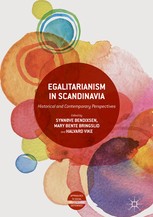 Using a wealth of illustrative and intriguing ethnographic case studies based on social and political change, Egalitarianism in Scandinavia introduces ideas around equality in Scandinavian and critiques theories of ‘Scandinavian exceptionalism’ – lower punitiveness levels than witnessed in the rest of the West. Although centred on Scandinavian, the book also investigates beyond the region.