Elise Dennis (27) is the recipient of the Best Paper Award 2014, presented by the Springer journal Analytical and Bioanalytical Chemistry (ABC). In a paper published in ABC, lead author Dennis and her colleagues demonstrate the performance of a new concept called zoom-time-of-flight mass spectrometry (zoom-TOFMS). The award, accompanied by 1,500 euros, was created by Springer to honor exceptional young scientists and to stimulate their research careers. The ABC Best Paper Award has been given since 2005.

Dennis’s study demonstrates the unique advantages of alternating between constant-momentum acceleration and conventional, constant-energy acceleration, which include an improvement in mass resolution without a loss in instrument sensitivity. The new method is expected to be amenable to retrofitting onto existing time-of-flight mass spectrometers. 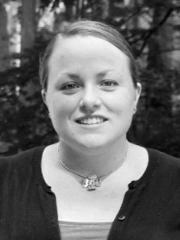 Elise Dennis received her B.S. with honors from the College of William and Mary (USA) and is currently a Ph. D. candidate in analytical chemistry at Indiana University Bloomington (USA) under the direction of Prof. Gary M. Hieftje. Her work pushes the boundaries of time-of-flight mass spectrometry with studies into the effects of constant momentum acceleration on the mass separation process.

Professor Klaus Heumann, Editor of ABC, said: “This is an excellent contribution to the further instrumental development of TOFMS where a new mass spectrometer concept was demonstrated. By combining two types of TOFMS (zoom-TOFMS and DOFMS), complete mass-spectral coverage and enhanced resolution is provided which makes this development a highlight in mass spectrometry.”